Octavia Johns, shortened to Tavi, is the main character. She's a small female, but fights with the strength and skill of  a warrior of old. With long chocolate brown hair, and pale blue eyes that change colour with her emotions, she runs when she finds herself left all alone.
She's been trained by her father, who was ex-special forces and more, and because of her werewolf nature, she's a force to be reckoned with.
In her wolf form she's dark grey with some liquid silver tips, and she's bigger and more fearsome than most of her kind. Her pale blue eyes look more startling in her wolf face, and are even more so when they fade to white as her anger builds to rage.
Zack.

Zack is a vampire, who was friends with Tavi's mom and dad. He has a stocky build and carved good looks. His hair is black, collar length, and shaggy, and his eyes are a piercing lilac. At 2000 years old he knows a lot, and he knows more about Tavi than she does. With upstanding honour and loyalty built into him, he makes a valuable friend and protector. After watching Tavi grow up he sees her as family, and he will do whatever he has to to keep her safe.
Cade Camden. 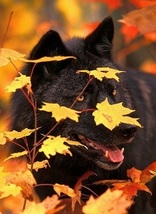 Cade Camden is the Alpha of the Camden Falls Pack. He's tall, broad, and well built. His gun metal grey eyes are set in a tanned, weather worn face, that's framed with his long raven black hair. He's loyal to his pack, and those he loves, and leads with strength, fairness, and a gentleness that belies his size. All the things that make him a good sheriff to the small town his pack resides in.
Cade's wolf is midnight black, his coat so dark it has an almost blue tint. He's a big strapping male, all powerful muscle, and moves with a speed that's at odds with his size.
Phillip Timms. 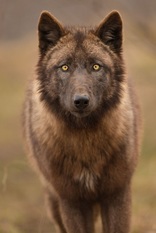 Phillip Timms, known as Timms, is tall, lean, and ropey. He has coffee couloured eyes, and a millitary haircut that shows just a hint of his past. He's the first werewolf Tavi meets; after knowing only her mother. Coming from a different pack, he works with Zack and befriends Tavi, becoming a protector she doesn't need and the older brother she'd never had.
His wolf is as coffee coloured as his eyes, with hints of black and gold that blend in. In his wolf form his eyes are paler, revealing black and gold flecks that give him a piercing gaze. He's lean and nimble, and will fight for what he sees as right. He believes in Tavi, and will follow her lead, wherever that may lead them.
Jen Camden. 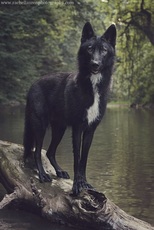 Jen Camden is Cade's sister, and has a lot of similarities. She's a petite female who has waist long jet black, hair, and deep blue eyes. With her own clothing boutique in town, she works to earn a living. Her loyalty to the pack is strong, but she still manages to hold on to her sweet and pleasant nature.
Her wolf is a smaller version of her brothers, almost completely black, with a few white patches thrown in. Her daintiness makes her fast, but her lack of weight puts her at a disadvantage in a fight. 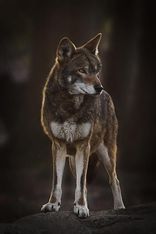 Dorian James Stone, known to the pack and his friends as D.J, is tall, lean, and fit. He has dark brown hair, with golden highlights shot through it that match the colour of his toffee caramel eyes. He plays the part of the joker and playboy, but there is a seriousness to him beneath his ladies man ways.
D.J's wolf is dark brown, with a golden bid that seems to have leaked down his front paws. His rich dark colour gives his caramel couloured eyes a startlingly polished look. He's not the biggest wolf in the pack, but he still has some filling out to do.
Dylan Roach. 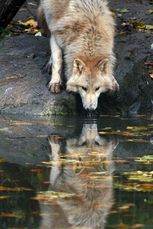 Dylan Roach is Cade's second in command in the pack, as well as one of his deputy's. He has surfer good looks, shaggy blond hair, and saphire blue eyes. There is a scar on his right cheek from a past challenge, but rather than detract from his good looks it enhances them. Dylan is also one half of a mated pair, his female counterpart being Rose.
His wolf is a golden colour, with some darker patches spread throughout. There's a streak of black fur down the right side of his muzzle, in exactly the same position as the scar on his human face. He's rangy and lean, and can hold his own with wolves that are bigger than he is, proven by his position within the pack.
Rose Roach.

Rose Roach is Dylan's mate, as well as Cade's fourth in command, and the second of his deputy's. She has honey blond short hair, penetrating grey eyes, and a suspicious nature. Her tall lean frame is filled with strength, and gives her the equipment to back up her attitude, along with getting her to her place in the packs heirarchy.
Rose's wolf is a pale sandy colour, interwoven with white streaks. She sinewy, strong, and fast, and her loyalties lie with her Alpha, her pack, and her mate.
Mack Landon.

﻿Mack is a young male who feels he has to prove hiself to his pack. He's tall and lean, with the potential to fill out and become a real contender. He has short dark hair feathered with black lowlights, and deep burnt gold eyes that are way too old, shadowed with the memories of a time gone by.
Mack's wolf is the colour of shadows, giving him the gift of being able to become almost invisible. He's still gangly in his young years, but his lanky build is evidence of the size he will one day become. With his coat so dark his eyes shine, showing veins of  a pale liquid gold that flicher in the light of the moon.
Ethan stone. 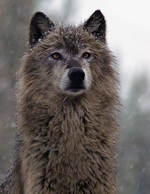 Ethan is very much the gentle giant, tall, thick set, and hands the size of shovels. His eyes are kind, and as green as fresh mowed grass, shining out from behind a scruffy head of mousey brown hair, that blends into a bushy beard that hides his mouth until he smiles. He can fight enough to be Cade's third, and with his skill of engines he's the packs mechanic.
Ethan's wolf looks very much like him when he's in his two legged form, his coat a long scryffy brown, and more the size of a bear. His size and weight is more than any other in the pack, but it doesn't slow him down, and he's learned exactly how to use it to his advantage.
Jaxon & Hayden Knoxx. 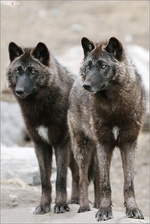 Jaxon and Hayden are identical twins, with walnut brown collar length hair, and warm bright amber eyes. They have the same movie star good looks, with high cheek bones, and full lips. Both are tall, well built,  fiercely trained in combat, and very definitely lethal. Working for the government on secret missions, they've both been away a lot. That is, until their Alpha needs them.
Both of their wolves are identical too, a deep dark brown that blends in perfectly with the undergrowth around them. The deep rich colour of their coats gives their eyes a blazing look, like two pits of fire burning with flames from hell itself. They are the packs protectors, and both could be Cade's second in command if they wanted to, but they don't.